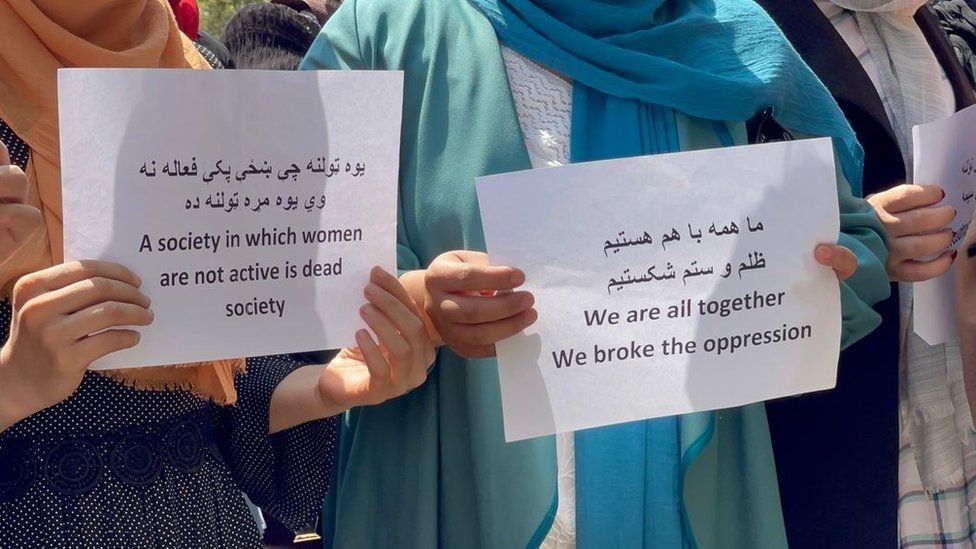 The new Taliban mayor of Afghanistan’s capital Kabul has told female employees in the city to stay home unless their jobs cannot be filled by a man.

Hamdullah Nomany said the Taliban “found it necessary to stop women from working for a while”.

It is the latest restriction imposed on Afghanistan’s women by the country’s hard-line new Islamist government.

During their previous rule in the 1990s women were barred from education and the workplace.

After seizing the country last month following the withdrawal of US forces, the Taliban said women’s rights would be respected “within the framework of Islamic law”.

But the Taliban favor a strict interpretation of Islam’s legal system, Sharia law.

Since taking power working women have been told to stay at home until the security situation improves, and Taliban fighters have beaten women protesting against the all-male interim government.

The Islamist group appears to have shut down the women’s affairs ministry and replaced it with a department that once enforced strict religious doctrines.

And this weekend secondary schools reopened, but with only boys and male teachers allowed back into classrooms. The Taliban said it was working on reopening schools for girls.

According to the Kabul mayor about a third of the city’s 3,000 employees are women. He said some would carry on working.

“For example, women work in the women’s toilets in the city where men cannot go,” he said.

“But for the positions that others [men] can fill, we have told them [women] to stay at home until the situation is normalized. Their salaries will be paid,” he added.

On Sunday, there were small protests outside the women’s affairs ministry while another group of women held a press conference to demand their rights.

One of those protesting at the ministry said “we do not want this ministry to be removed. The removal of women [means] the removal of human beings.”

In a separate development, the Afghanistan Independent Human Rights Commission said it had been unable to fulfill its duties since the Taliban’s takeover.

The organization said in a statement that its buildings, vehicles, and computers had all been taken over by the Taliban.